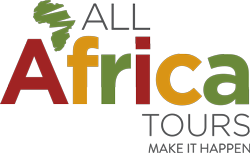 Birding in the Cederberg 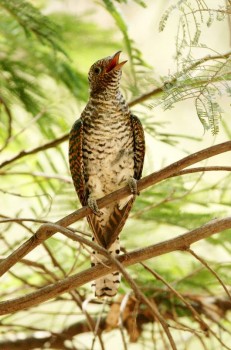 We have spend the last 14 days observing the bizarre behaviour of a juvenile Klaas’s Cuckoo and its adopted Cape Batis parents. These birds seem to love the riverine environment hovering from 2m to 5m high in the trees. This hungry cuckoo chick has demanded to be fed from 08:00 till way past 18:00 exhausting its worn-weary, super-stressed adoptive parents.

Cuckoos have parasitic breeding habits, laying one egg at a time in another species’ nest. The mother cuckoo waits for the unsuspecting female bird to lay her own eggs and then when a moment arises, the mother cuckoo lays an egg in the adopted nest and leaves. When the cuckoo chick hatches, it tosses the other eggs or fledglings out of the nest so that there is only one chick in the nest, mouth open waiting to be fed by the ‘unsuspecting newly adopted parents’. 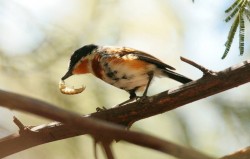 Even once the cuckoo chick is old enough to fly and seemingly big enough to hunt for itself, it continues to demand feeding.

We watched and heard these tiny Cape Batis parents, frantically catching insects for their ever-hungry, taxing, oversized chick. One wonders is nature cruel or clever here? 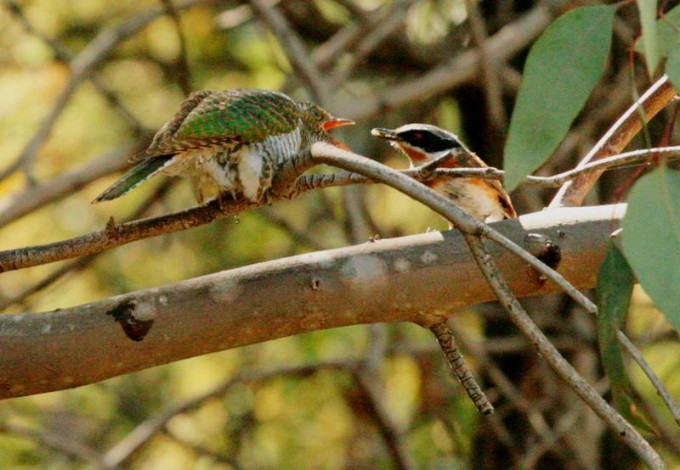 Bird-ringing in the Cederberg

Understanding the impact of the environment on a bird’s habits, helps us to understand the impact nature has on us. 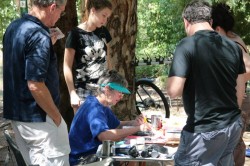 Our friend, Sue Schultz, is a licensed bird ringer. She has rung nearly 1 000 birds during 2011 and many of these in the Cederberg, recording their names, location, sex, weight and age. She measures the tail feather lengths, length of head and bill, bill length, length of scapular and number of primary and secondary wing feathers. She also records whether the bird has been incubating eggs recently. She does this by blowing on the belly of the bird to see if there is a naked brood patch. In some species both sexes incubate the eggs. All this information is captured and logged onto the University of Cape Town’s ornithology department’s database. This information is used worldwide to trace the movements and behaviour of birds especially during climatic and environmental changes. 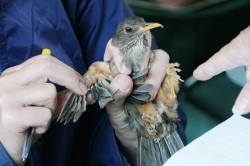 We spent a few hours a day, watching and helping Sue. She was also able to educate many fellow campers who showed an interest in her research. This is just a tiny part of a far bigger research project. Looking at the countless hours put into research, many with no remuneration, gives one a renewed respect for all scientists.